Ruptures, plural voices and the struggle for rights:

Segregation, abandonment and precariousness are part of the reality of education, which it is assumed will affect those who were born in some village, slum or favela in Latin America. 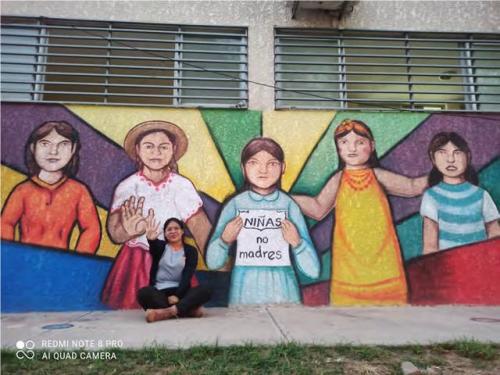 The multiple historical and structural inequalities in Latin America and the Caribbean make up one of the most critical cruxes in the realization of the human right to education for all. The data show that throughout the region, educational opportunities change according to socioeconomic conditions, race, ethnicity, gender, origin, or geographic location. In addition, there are a number of obstacles faced by people with disabilities and those who migrate to another country or move within their own country to access and complete their education. The Covid-19 pandemic lays bare and intensifies this profoundly unjust dynamic, revealing well-known inequalities, which are interconnected and amplified, as well as highlighting new challenges.

According to the recently launched UNESCO Global Education Monitoring report - Latin America and the Caribbean: Inclusion and Education: All means all, in 21 countries of the region, students belonging to the richest quintile of the population are, on average, five times more likely to complete upper secondary school education than those belonging to the poorest 20%. The school attendance rate among adolescents between the ages of 12 and 17 who are of African descent is lower than that of non-African descent groups in seven of the 11 countries where data are available—and here the lack of data is already another concern. In seven countries with available data, LGBT students reported facing hostility at school. Only 16% of the countries provide inclusive education for people with disabilities—the rest opt for segregationist combinations, which do not respond adequately to education from a rights perspective. Such barriers exist not only in access to school, but also, once they are in the system, students have to deal with irrelevant content, discriminatory dynamics, and violent environments.

The pandemic, in turn, highlighted the digital gaps in the educational field, which were previously present but are now gaining centrality for the realization of the human right to education. According to ECLAC, 46% of children between the ages of 5 and 12 in the region are not connected. The scenario is even more dramatic in the lowest income households of Bolivia, El Salvador, Paraguay and Peru, where more than 90% do not have access to the Internet, pointing to the urgency of policies to democratize connectivity, with emphasis on access in marginal urban, rural, and Amazonian areas. This is a new vocabulary in regional debates on educational policies, which also involves the creation of public platforms with open access.

The debate on inequalities in the field of education policy is not new. Especially from the beginning of this century, the issue became part of the education policy agenda in our region. Ministries of Education, multilateral organizations, and civil society organizations have produced a wide range of research and information on the subject, which has given it greater expression and visibility, which in itself is an important first step. In fact, over the past 20 years, general data shows significant progress in access to and completion of education, especially in primary education, as well as the formulation of laws and policies that seek to guarantee gender parity in access to education and expand access for specific groups, such as persons with disabilities, native peoples and ethnic minorities. In other cases, there were efforts to contribute directly to curricula, including, for example, Afro-Latin American culture and history, which for many years were invisible within educational institutions.

Far from resolving such a structural issue in our societies, between successes and mistakes, these experiences made it clear that overcoming inequalities depends on a renewed commitment to the development of laws, policies, curricula, practical and concrete teacher training processes, and finally adequate financing of education. In all these dimensions, there must also be a clear intention and commitment to break with processes that come from afar and are mixed with the very history of our Latin American and Caribbean States, their colonial, racist and patriarchal logic, and their exclusionary projects. Our educational systems were built on the idea of homogeneity, which is related, in turn, to the formation itself of nation-states and a certain national identity, which in this case excludes references to indigenous, Afro-descendant and immigrant reality in our region. It is the legacy of a modern binary logic, in which everything that does not belong to the dominant "model" is erased, eliminated, and devalued.

In spite of the progress made in the past five years, once again there has been a regression, with neoliberal overtones, to a new upsurge of racism, a strengthening of religious fundamentalisms and of ultra-rightwing positions that go hand in hand with totalitarian and exclusionary stances. The arrival of the pandemic coexists with an extremely challenging context – and there can be no doubt that the struggle for educational rights more than ever must be framed within a broader political struggle, one of transformation, and one that has as its horizon more just and egalitarian societies.

The case of Brazil is symptomatic: in recent years, the growth of religious groups advocating against the rights of women and LGBTI people led to the growth of a viewpoint in the country that schools were instigating a dynamic of "indoctrination" and what they call "gender ideology" – and that in this case a neutral, technical school were what is needed. The ideas took shape in an organized movement that became evident in the approval of various municipal education plans, and also in the national curriculum base. They tried, by all means, and not without meeting resistance, to eliminate the mere mention of the word "gender" in the orientation documents of educational policy. The example, which is repeated to a greater or lesser extent in various countries of our region – with great resistance to including comprehensive sex education, for example – shows to what extent the educational debate is interrelated with social, political and rights struggles, challenging the movement for the right to education to assume an intersectoral approach and construction, interconnected with the struggles against racism and sexism, and for health, food security, promotion of decent work, income redistribution, and various others.

If the subject is complex, then it requires a broad outlook and comprehensive responses. Another fundamental contribution in this sense comes from the intersectional perspective, a contribution especially from black feminism of recent decades. An outlook that seeks to understand and make visible how the structures of inequality and oppression operate inseparably and combine in each context. In other words, it is fundamental to recognize that the indicators of difference and hierarchies in our societies – especially the categories of class, race and gender – are not neutral, but rather have been socially constructed and cannot be understood in isolation from our colonial, slavery-based and patriarchal past. The fact that native peoples, peasants, Afro-descendants, women, people with disabilities, migrants, or any other discriminated group face unfavorable conditions of existence on a daily basis is related to the social construction of these indicators of difference between dominant and dominated groups, which emphasize prejudices and stereotypes. Furthermore, these are inseparable categories that cause cumulative situations of discrimination, which explains why women – despite having achieved a higher level of schooling when compared to men – continue to receive lower wages in the labor market or to assume an uneven share of domestic work and family care.

As well as careful analysis of data, this outlook requires listening attentively to the voices of its political subjects, the first persons in singular and plural, narrating their experiences, world views, proposals, resistance strategies and struggles for rights. Throughout the various meetings that marked the 11th Regional Assembly of CLADE, we listened to testimonies such as that of Daniela Ester Guzman Huenchuleo, 23 years old, Mapuche from Chile. For her, segregation, abandonment and precariousness are part of the reality of education, which it is assumed will affect those who were born in some village, slum or favela in Latin America. And if we add to this the fact that you belong to a native people, these factors increase considerably: "here, being Mapuche implies facing a history that has not valued your identity, that has treated your ancestors with violence, and therefore entering a system that far from respecting your identity has contributed to folklorizing your culture". Or the testimony of the young Afro-Mexican David Alejandro Gómez Arriaga, founder of the Center for Afro-Mexican Studies Tembembe and member of the National Network of Afro-Mexican Youth: "Thinking about racism as an act of structural violence gives us the opportunity to formulate various defense processes, starting from intersectional positions to combat violence and discrimination that affect the quality of life of our people. (...) In the educational environment, the decolonization of education through ethno-pedagogy that challenges Western colonialism is a starting-point for political advocacy and community self-care".

Thinking about ways of overcoming the multiple forms of inequality, in and through education, is indeed a synthesis of many disputes, and among them the meaning we desire for education, in particular for public education. They are essentially political disputes. Who participates in educational policies? Who defines their content and meaning? What is valid knowledge? What is it for? Revisiting the prolific set of available and ratified rights instruments points us to an important path that, since the Universal Declaration of Human Rights of 1948, has reaffirmed the purpose of education as development of the person and human dignity, and also the promotion of the fulfillment of all rights and fundamental freedoms.

Within the framework of the search for the fulfillment of these purposes, which can only be achieved through the effective participation of political subjects and from a truly inclusive perspective, then diversity and overcoming inequalities and asymmetric power relations will necessarily become structural stakes. If our challenge is to reinvent the meaning of education, based on multiple voices and on an equal footing, then we have a horizon.

- Giovanna Modé is CLADE Policy Coordinator and PhD in Education from the University of São Paulo.

- Laura Giannecchini is Coordinator of Institutional Development of CLADE and is currently studying her Master's Degree in Sociology at the same university.

END_OF_DOCUMENT_TOKEN_TO_BE_REPLACED

Publicado en Revista: Human Right to education: horizons and meanings in the post-pandemic