A rare chance to chart a new course toward peace

Will Israel’s political leaders rise to the occasion and acknowledge that the conflict with the Palestinians will not go away, and if they wait four more years it will only get worse unless they address it head-on? 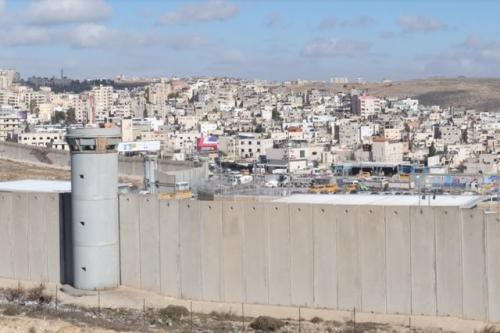 There has never been an Israeli government representing the entire political spectrum from the extreme left to the extreme right. This offers a rare chance to chart a new course to gradually end the Israeli-Palestinian conflict. It will be tragic to miss this historic opportunity.

Now that the arduous wrangling between eight starkly ideologically different parties—including the Islamist Arab party Ra’am—has ended and a new coalition government will soon be sworn in, a solution to the Israeli-Palestinian conflict should top the agenda of the new government. However, due to the parties’ profound ideological differences, they agreed to not tackle issues over which they have significant disagreement, especially the Israeli-Palestinian conflict (IPC). This is the worst possible decision particularly because the new government represents the whole political spectrum from left to right. Since Israel has moved significantly to the right, if this government refuses to deal with the IPC, which coalition government will? As we have witnessed in the past, the left and left-of-center parties could not form a government on their own capable of tackling the conflict, and the right and right-of-center parties largely oppose a peace agreement based on a two-state solution. This explains the decades-long sad and deteriorating impasse between Israelis and Palestinians.

The question is, will Israel’s political leaders, including Yamina’s and Jewish Home’s Bennett and Lieberman, rise to the occasion and acknowledge that the conflict with the Palestinians will not go away, and if they wait four more years it will only get worse unless they address it head-on?

The new government does not need to decide now about negotiating a peace agreement, because this will not happen given the profound distrust, hatred, and animosity between the two sides. The new government should focus on reconciliation, through building trust on both government-to-government and people-to-people levels during the four-year tenure, and substantially and mutually improve the relationship with the Palestinians. They have to agree in principle only that there will be a two-state solution down the road, and the purpose of the reconciliation process is to pave the way in that direction. In fact, even if they don’t achieve a peace agreement, any process of reconciliation in and of itself is positive, as it will create a more peaceful and conducive atmosphere to negotiate a peace accord at a later day.

This process should include Hamas. In order to prevent a future deadly conflagration between Israel and Hamas, a 15–20-year long-term ceasefire should be established. In fact, Hamas has been seeking that for many years, and Egypt has now taken the lead, with the strong support of the Biden administration. Mediating such an agreement on which to build a more cooperative relationship between Israel and Hamas would lead to easing the blockade and eventually lifting it altogether once Hamas recognizes Israel.

While the Biden administration can play a pivotal role in advancing the peace process, it must not channel the promised reconstruction aid in Gaza through the Palestinian Authority, but instead through a monitoring commission composed of the donor countries. That said, just as Egypt is negotiating with Hamas to establish a long-term ceasefire, the US should involve Hamas in the reconstruction efforts. Like it or not, Hamas officially represents the Palestinians in Gaza and enjoys tremendous sway in the West Bank as well.

However, involving Hamas should be conditional upon Hamas moderating its position by ending its poisonous narrative against Israel, fully adhering to the ceasefire agreement, and renouncing the use of force to achieve a political objective. If Hamas meets these conditions consistently, the US should declassify it as a terrorist organization which would provide Hamas with a huge incentive to behave responsibly as a legitimate governing authority.

Other than providing immediate humanitarian aid to the tens of thousands of Palestinians that have been displaced during the war, tying major reconstruction to a long-term ceasefire is critical. Without doing so, should Hamas provoke or threaten Israel in the future, Israel will not hesitate to level everything standing again. Moreover, involving Hamas will incentivize it not only to adhere to these pre-conditions, but also to prevent any violation of the ceasefire by renegade jihadists in Gaza.

Since the new Israeli prime minister will certainly be invited to the White House, President Biden should “read him his rights.” Biden ought to make it abundantly clear that the US will not, under any circumstances, support anything but a two-state solution. Moreover, it will never tolerate annexation of another inch of Palestinian territory in the West Bank, and it will fully support a process of reconciliation. Biden can certainly make a strong case because Democrats in the House and the Senate are becoming extremely critical of Israel’s treatment of the Palestinians, with prominent Democrats saying the US shouldn’t be selling arms to Israel, which has never been expressed by any congressmember before.

Finally, the new Israeli government must immediately focus on the unprecedented violence between Israeli Jews and Palestinians in Israel proper which erupted in the wake of the disturbances on Temple Mount and the subsequent Israel-Hamas war. Years of discrimination against Israeli Arabs has finally come to a boil. Furthermore, Netanyahu’s violation of Palestinians’ human rights in the West Bank and Gaza further enraged Israeli Arabs, as they have affinity towards their brethren and feel their suffering under occupation or blockade.

The Israeli Arabs can play a significant role to ameliorate the Israel-Palestinian relationship in general, or become a fifth column. Now that there will be an Arab party supportive of or in the government, it could usher in a new period of rapprochement between Israeli Jews and Arab. The new Israeli government must make every effort to end the discrimination against Israel’s Arab citizens, especially in the areas of education, job opportunities, and development of their towns and villages.

These measures are absolutely crucial, especially in time of violent conflict in the West Bank and Gaza. Otherwise, another rampage of violence will destroy the social fabric between the two sides, which is a recipe for disaster for all Israelis, Jewish and Arab alike. Any Israeli government that ignores this ominous development will do so at its peril.

Israel and the Palestinians have missed many opportunities to make peace. After more than seven decades, the situation is ever more intractable and deadly. The new Israeli government must seize this perhaps once-in-a-generation opportunity, show statesmanship, and demonstrate to the whole world that Israel is ready to make peace by taking concrete measures to that end.

- Dr. Alon Ben-Meir is a professor of international relations at the Center for Global Affairs at NYU. He teaches courses on international negotiation and Middle Eastern studies.