How undemocratic American universities are

As the universities of the United States are progressive islands in seas of conservatism, the owners of money invite as “professors” failed politicians or those responsible for ruining countries. 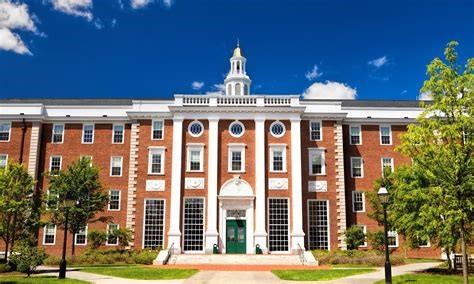 Former Argentine President Mauricio Macri announced: “I was summoned by the FIU’s Adam Smith Center for Economic Freedom to be part of its academic leadership program.” As they love the word “leadership” they also thread it into that of “academic”. He also announced that he will teach some courses. In reality, they have not appointed him a professor (it would be against the rules) but they have awarded him a “Senior leadership fellow” to share “his vision of leadership implementing free-market policies in his country”. At least they are objective and do not say “for his economic and social success.” According to the academic system, this is a temporary position and by invitation, different from the process of several months of competition and selection among hundreds of specialist candidates in an area that requires the selection of each professor.

Without a doubt, another way to play with the system. The search committee system, with scores and voting for the election of professors in this country, is quite transparent. At least more transparent than in almost any other area of the job market. But politicians and spokesmen for The One (1%) tend to protest because professors in the United States tend to be progressive (45% vs. 9% conservative). This is due to natural reasons: the powerful, the owners of money do not need ideas; those who love money and power are also not dedicated to studying or research. These are, as a rule, salaried people, people passionate about research and not about the pathological accumulation of capital. For the same reason, there are not many capitalists among the workers’ unions. No, we don’t all want to be millionaires; what we do not want is to be governed by millionaires, the hijackers of democracies in the name of democracy.

But power does not accept areas without control and, for this reason, there are many proposals to “balance” the Faculty between “left” and “right”, as if it were a balance to disguise that we are talking about policies “for those above” and policies “for those below”. It is still a paradox to represent politics as something horizontal and balanced as a scale when political and economic power is distributed between The One and the remaining 99 percent. The only thing “balanced” is that, for reasons of “political combo” (God, patriotism, and capitals), elections between The One and a 99 percent party usually end in a technical tie. The One has almost as much capital as the rest of the population but knows how to invest it.

American universities invite well-known figures, even recognized failures like Mauricio Macri, for three reasons: 1. For marketing. 2. Because the guest has something to say or when it is a recognized figure, as a “case study”. Most know that they will not learn anything from these characters, but they are interested in seeing live how a monkey peels a banana. 3. Because they are a way of “balancing” the traditional tendency of professors to think “differently from us”, that is, different from the owners of money and countries through the hijacking of liberal democracies.

Where is the democratic breakdown in American universities that facilitates this third reason? On the one hand, academic laws are written and voted democratically by Faculty assemblies, so even a private non-profit university functions as a cooperative: its objective is not the accumulation of capital, as in any company. However (I have mentioned it in the assemblies), from this level up, even the public universities cease to be democratic, as are many Latin American and European universities where students, professors, and alumni have the right to vote for their authorities. Not in the United States. Here they work like The Vatican. Just as cardinals elect the Pope and the Pope elects cardinals, so do American universities at the executive level: members of the board of trustees elect the president and its members of the board of trustees.

True, these universities tend to stand out for their research, but this is due to the economic power (a product of hegemonic power) that makes it possible for most of the inventors to be foreigners. But if we talk about democracy, there is no discussion. Its executive leaders are as undemocratic as any large company, and like any big company they represent themselves as the “leaders of the free world”.

That is why, from time to time, a member of a board of trustees (many important businessmen and with an ideological tendency opposed to the faculty staff and that no one would think of questioning) decides to promote the “ideological balance” without academic competition, therefore it is not rare that those invited to give graduation speeches or are finger appointed, like Mr. Macri, are of the same ideology of power.

Of course, these repeated calls to “balance ideological trends among professors” do not apply to the world's stock markets, or churches, or the directories of large companies such as Amazon or Facebook. No, because every large company is a perfect dictatorship and the model (I have less and fewer doubts) comes from the slave system, supposedly defeated in 1865.

It is not uncommon for the media machine to have insisted on the managerial wisdom of the businessman as president, reducing the human complexity of a country to the one-dimensional reality of a successful company. Although successful companies are always protected by Governments, their rhetoric is anti-Government. They want to eliminate the government that limits them but increase it in the areas that support them, such as the forces of repression (the police, the military) while cursing and benefiting from the services that save them from taking care of their employees (schools, hospitals, pensions) and of the infrastructure that they use and abuse (streets, highways, public lighting, Internet, airports) while demanding lower taxes or evade billions of dollars in their offshore accounts--something that former President Macri can lecture on.

By a simple linguistic trap, a small “businessman” who struggles every day to pay a few salaries considers himself part of the same union as Jeff Bezos and Elon Musk and defends them more than his employees. While his only political power is a vote, a business corporation has the power to pressure legislators, to buy candidates with their mega donations and, as in the United States, to write the laws that the senators of the people will then vote on. And everyone is happy, although, by simple mathematical logic, 99 percent of those who dream of becoming part of The One will never reach the neo-feudal utopia, because the system they defend is made for the success of 0.01 percent--specialists in hijacking all the progress of humanity in recent centuries and presenting it as their merit while pocketing the profits of that progress, almost all created by demonized radicals and salaried inventors.

In the same way, these “academic institutes” invented the myth of the “Chilean Miracle” for Pinochet, supported by tons of dollars from Washington (shortly after strangling the economy of that same country because “Chileans voted irresponsibly” for Allende, according to Nixon and Kissinger). Even so, they could not avoid crisis after crisis, which did not leave a better Chile and not even a much higher GDP growth than that of other “failed” countries. The same goes for the dollar bombs for the rescue of the allied puppets, such as, for example, Carlos Andres Pérez before the 1989 Caracazo, to Macri himself in 2018, together with the media and economic blockade of the “failed models”.

Now, as the universities of the United States are progressive islands in seas of conservatism, the owners of money invite as “professors” failed politicians or those responsible for ruining countries like Juan Domingo Cavallo, José María Aznar or Mauricio Macri─all preceded by the title “leadership”.