Technology and the future

In the aftermath of the pandemic, there will be more inequality, conflict, militarism, and authoritarianism as social upheaval and civil strife escalate. The ruling groups will turn to expanding the global police state to contain mass discontent from below. 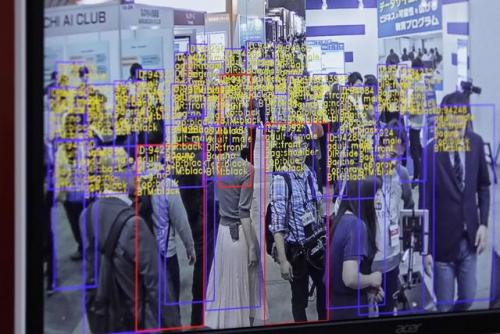 Not since the Industrial Revolution has the world experienced such rapid and profound changes as those ushered in by globalization. But now it appears that the system is at the brink of another round of restructuring and transformation based on a much more advanced digitalization of the entire global economy and society. This restructuring had already become evident in the wake of the 2008 Great Recession. But the changing social and economic conditions brought about by the coronavirus pandemic are accelerating the process.

Computer and information technology (CIT) first introduced in the 1980s provided the original basis for globalization. It allowed the transnational capitalist class, or TCC, to co-ordinate and synchronize global production and therefore to put into place a globally integrated production and financial system into which every country has become incorporated. Just as the original introduction of CIT and the internet in the late twentieth century profoundly transformed world capitalism, this second generation of digital-based technologies—spanning machine learning, automation and robotics, nano- and bio-technology, the Internet of Things (IoT), quantum and cloud computing, 3D printing, virtual reality, new forms of energy storage, and autonomous vehicles—is now leading to a new round of worldwide restructuring that promises to have another transformative impact on the structures of the global economy, society, and polity.

It is hard to overestimate just how rapid and extensive is the current digital restructuring of the global economy and society. According to United Nations data, the ‘sharing economy’ will surge from $14 billion in 2014 to $335 billion by 2025. Worldwide shipments of 3D printers more than doubled in 2016, to over 450,000, and were expected to reach 6.7 million by the end of 2020. The global value of e-commerce is estimated to have reached $29 trillion in 2017, which is equivalent to 36 percent of global GDP. Digitally deliverable service exports amounted in 2019 to $2.9 trillion, or 50 percent of global services exports.

The coronavirus pandemic has not only spotlighted how central digital services have become to the global economy; it has also accelerated this digital restructuring, which can be expected to result in a vast expansion of reduced-labor or laborless digital services, including all sorts of new telework arrangements, drone delivery, cash-free commerce, fintech (digitalized finance), tracking and other forms of surveillance, automated medical and legal services, and remote teaching involving pre-recorded instruction. The pandemic has boosted the efforts of the giant tech companies and their political agents to convert more and more areas of the economy into these new digital realms. The post-pandemic global economy will involve now a more rapid and expansive application of digitalization to every aspect of global society.

The giant tech companies, among them Microsoft, Apple, Amazon, Tencent, Alibaba, Facebook and Google, and to which are now added Zoom and other companies boosted by the pandemic, have experienced astonishing growth over the past decade. Apple and Microsoft registered an astounding market capitalization of $1.4 trillion each in 2020, followed by Amazon with $1.04 trillion, Alphabet (Google’s parent company) with $1.03 trillion, Samsung with $983 billion, Facebook with $604 billion, and Alibaba and Tencent with some $500 billion each. To give an idea of just how rapidly these tech behemoths have grown, Google’s market capitalization went from under $200 billion in 2008 to over one $1 trillion in 2020, or a 500 percent increase.

As capitalists invest these billions, the global banking and investment houses become interwoven with tech capital, as do businesses across the globe that are moving to cloud computing and AI. By the second decade of the century, the global economy came to be characterized above all by the twin processes of digitalization and financialization.

The third leg in this triangulated bloc of capital is the military-industrial-security complex. As the tech industry emerged in the 1990s, it was conjoined at birth to the military-industrial-security complex and the global police state. Over the years, for instance, Google has supplied mapping technology used by the US Army in Iraq, hosted data for the Central Intelligence Agency, indexed the National Security Agency’s vast intelligence databases, built military robots, co-launched a spy satellite with the Pentagon, and leased its cloud computing platform to help police departments predict crime. Amazon, Facebook, Microsoft and the other tech giants are thoroughly intertwined with the military-industrial and security complex. The rise of the digital economy blurs the boundaries between military and civilian sectors of the economy, and brings together finance, military-industrial, and tech companies around a combined process of financial speculation and militarized accumulation.

The apologists of global capitalism claim that the digital economy will bring high-skilled, high-paid jobs and resolve problems of social polarization and stagnation. It is true that the first wave of digitalization in the late twentieth century generated high-paid, high-skilled jobs for some, giving rise to new armies of tech and finance workers, engineers, software programmers, and so on. However, digitalization produced a much more numerous mass of de-skilled, low-wage workers and an expansion of the ranks of surplus labor. But the new wave of digitalization threatens now to make redundant much so-called ‘knowledge work’ and to de-skill and downgrade a significant portion of those knowledge-based jobs that remain. Increasingly, cognitive labor and gig workers face low wages, dull repetitive tasks, and precariousness. As ‘big data’ captures data on knowledge-based occupations at the workplace and in the market, and then converts it into algorithms, this labor itself is threatened with replacement.

Even before the pandemic hit, automation was spreading from industry and finance to all branches of services, even to fast food and agriculture. It is expected to eventually replace much professional work such as lawyers, financial analysts, doctors, journalists, accountants, insurance underwriters and librarians. AI-driven technologies are at this time becoming more widely adopted worldwide as a result of the conditions brought about by the contagion. The pandemic allows the TCC to massively push forward capitalist restructuring that it could not previously accomplish because of resistance to the digital takeover. There appears to be a new bifurcation of work spurred on by the pandemic, between those who will shift to remote work and from their homes face new forms of control and surveillance, and those locked into high-risk ‘essential’ in-person work, such as health care providers, cleaners, transport and delivery workers.

Capitalist states face spiraling crises of legitimacy after decades of hardship and social decay wrought by neoliberalism, aggravated by these states’ inability to manage the health emergency and the economic collapse. In the aftermath of the pandemic, there will be more inequality, conflict, militarism, and authoritarianism as social upheaval and civil strife escalate. The ruling groups will turn to expanding the global police state to contain mass discontent from below. Well before the contagion, the agents of this emerging global police state had been developing new modalities of policing and repression made possible by applications of digitalization and fourth industrial revolution technologies, such as unmanned attack and transportation vehicles, robot soldiers, a new generation of superdrones and flybots, hypersonic weapons, microwave guns that immobilize, biometric identification, and more.

While the ruling groups deploy the new technologies to enhance their control and profit-making, this same technical infrastructure of the fourth industrial revolution is producing the resources in which a political and economic system very different from the global capitalism in which we live could be achieved. If we are to free ourselves through these new technologies, however, we would first need to overthrow the oppressive and archaic social relations of global capitalism.

- William Robinson is Professor of Sociology and Global and International Studies at the University of California-Santa Barbara.

Article written for the Great Transition Network discussion on technology and the future.