The future of human life on Earth depends on us

The outbreak of Covid-19 is an invitation to reflection: why have we reached the current point, threatened by an invisible virus that has brought the militaristic powers and their fanciful imperial drive to their knees? What changes must we make if we want to guarantee a future for ourselves and for our descendants? 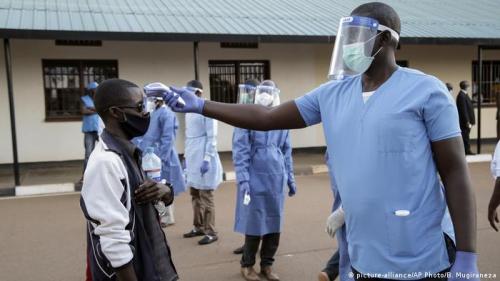 Covid-19, by affecting all humans, has given us a signal that can be interpreted. Nothing in nature is random. The mechanistic view that nature and the Earth have no purpose is outdated. Being living beings, they are bearers of meaning and form part of the general picture of the cosmogenic process that is already 13.7 billion years old.

If all the elements had not been subtly articulated, over billions of years, we would not be here to write about these things. What is the most immediate meaning that nature is revealing to us with the attack of the coronavirus? The meaning comes to us in the form of an exhortation:

“Stop the systematic and depraved assault on ecosystems, forests and jungles, soils, waters, biodiversity. Your industrialist and extractivist mega-corporations, your mining companies, corporate agribusiness in association with the agrochemical industry, the ejectors of giga-tons of greenhouse gases into the atmosphere, the causes of the erosion of biodiversity, you are destroying the bases that sustain their own life; you are digging your own grave within a predictable time frame; not the peasant families, the poor of the land, but you are destroying the habitats of thousands of viruses present in animals; seeking to survive, they found in humans a host for their survival at the cost of your life. The false project of unlimited growth/development of your consumerist culture can no longer be supported by nature and the Earth, an old planet limited in goods and services; As a reaction to the violence against me – nature and Mother Earth – I have already sent you several viruses that attacked you, but you have not seen a sign in them, you have not learned to read them, nor have you drawn the lesson they contain. You only think about going back to the old and perverse normality; That is why I tell you: either you change your relationship with nature and with Mother Earth, a relationship of care, of respect for its limits, of self-limitation of your voracity, feeling effectively part of nature and not its alleged owners, or you will be ravaged by even deadlier viruses; I warn you: one of them may be so resistant that it would show the total ineffectiveness of current vaccines and a large part of humanity would be consumed by the Next Big One, the last and fatal one. The Earth and life on it, especially microscopic life, will not perish. The living Earth will continue to revolve around the Sun and regenerate itself, but without you. Therefore, take care as we are in the time of the countdown. Nature is a school, but you have not wanted to enroll in it and therefore, irrationally, you are paving the way that will lead you to your own destruction. And I say no more.”

The pandemic has affected humanity globally. Since the form is global, the solution should obviously also be global: discussed and decided globally. Where is there a plural and global center to think and seek solutions to global problems? The UN does not meet its founding objectives, as it has become an agency that defends the interests of powerful nations, which have the right to veto, particularly in the larger body that is the Security Council.

We are hostages of the obsolete vision of national sovereignty, which has not yet realized the new phase of human history, planetization, which makes all nations interconnected and all of them together have a common destiny. We are all in the same boat: either we are all saved or no one is saved, as Pope Francis warned.

This is the true meaning of globalization or planetization. The time of the nations passed. We have to build the Common Home within which the different cultural nations fit, always intertwined, forming a single Common Home, including nature. The pandemic has made it clear how inhuman and cruel we can be: the rich took advantage of the situation and have become much richer while the poor have become much poorer. The current culture is competitive and very uncooperative. Profit counts more than life.

Vaccines have been unevenly distributed, leaving the poor exposed to contagion and death. An entire continent, with more than a billion people, such as Africa, has been forgotten. Barely 10% of its population has been vaccinated. Death is rampant especially among children due to the insensitivity and inhumanity of our globalized civilization. It is the empire of barbarism, which denies any sense of human civilization. No wonder there are analysts, especially biologists, who ask themselves: do we still have the right to live on this planet? Our ways of being, producing and consuming threaten all other species.

We have inaugurated a new geological era, the Anthropocene and even the Necrocene, that is to say: the great mortal threat to life on this planet does not come from a grazing meteor but from the barbarized human being, especially among the most opulent strata of the population. Among the poor and marginalized, humanity, solidarity, mutual help, care for common things are still preserved, as has been proven during this time of global pandemic.

The outbreak of Covid-19 is an invitation to reflection: why have we reached the current point, threatened by an invisible virus that has brought the militaristic powers and their fanciful imperial drive to their knees? Where are we going? What changes must we make if we want to guarantee a future for ourselves and for our descendants? The global trillionaires (0.1% of humanity) dream of a total radicalization of the order of capital, imposing on everyone a cybernetic despotism that will monitor and repress all opponents and guarantee their fortunes.

The stomach of Mother Earth will not digest such a monstrosity. Together with the indispensable human resistance, it will annul their pretensions, denying them the ecological bases, uncontrollable by them, for this perverse project.

As never before in history, the fate of our lives depends on the decisions we must make collectively. Otherwise, we will know the path already traveled by the dinosaurs. We don’t want that. But we are at a crossroads.

- Leonardo Boff has written Caring for the Earth – protecting life: how to escape the end of the world, Record, Rio de Janeiro 2010; with J.Moltmann, Is there hope for the threatened creation? Vozes, Petrópolis 2013.