The open-source world is more and more closed

In reality, the interests of communities of volunteers and predatory corporations only coincide to the extent that the former are increasingly subject to digital predation by the latter. 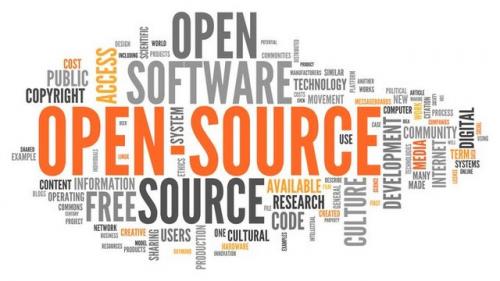 ‘Another digital world’ emerged in the 1990s, alongside the information technology industry. Geographically disparate volunteer developers formed communities to collaborate on software projects that competed with so-called proprietary or commercial alternatives; some of the best-known examples are the Linux operating system, the Apache HTTP server and the VLC multimedia player.

These developers gave up their exclusive rights to their creations not just because their work provided its own rewards (satisfaction, learning, reputation, job offers), but also for moral reasons. A so-called ‘copyleft’ licence (such as the General Public Licence, GPL) grants users the rights to use, copy, modify and distribute computer code, on condition that these freedoms are preserved in all derivative versions of the software.

Where does the free software movement stand today? It has been coopted, integrated and taken over by the Silicon Valley giants, Google, Apple, Facebook, Amazon and Microsoft (GAFAM or the Big Five), to the point that ‘open-source’ software — a term the industry adopted to talk about free software without mentioning freedom — is now at the heart of the digital economy.

According to a 2018 survey of 1,200 IT professionals, more than nine out of ten applications contain code from the open-source world. The integration began in the early 2000s at IBM and was completed in 2018 with Microsoft’s $7.5bn takeover of the collaborative development platform GitHub. Companies pay some developers and profit from the free work of volunteers — and critical intellectuals, who saw open source as a tool for liberation, are left hanging in the breeze.

In this process of appropriation, two entities have played a key role in bridging the gap between the commercial world and the FOSS project world. First, GitHub, the platform that hosts software development, created in 2005 and now a central node with some 40 million users and 190 million code repositories. Its very centrality discouraged FOSS activists from leaving the platform after Microsoft acquired it. GitHub’s success stems from its collaborative model and the fact that volunteer contributions, listed on individual developer profiles, in effect constitute their CVs.

The other key player is the Linux Foundation, launched in 2000 as a non-commercial home for the Linux free operating system, developed by Finnish-American developer Linus Torvalds. Its purpose is to facilitate the use of Linux by producing technical specifications, code and professional certifications. From a legal standpoint, it is a nonprofit consortium that defends the interests of its member companies, which include most of the Big Five. Its expansion has been astonishing: in 2013 the Linux Foundation was running ten projects, generating $23m in revenue and had 39 employees; five years later it had 156 projects, $81m in revenue and 178 employees.

In its PR, the Linux Foundation emphasises the importance of documentation and security to ‘professionalise’ development and reassure non-tech companies that use open-source software. It’s careful to present a unifying image: at its big-budget conferences, keynote speakers from Intel and GitHub speak up for the poor Chinese ‘devs’ (developers) prevented by their authorities from contributing to the ‘commons’.

Above all, the Linux Foundation stresses the idea that companies and collaborative projects form a single ‘community’. Employees of commercial companies systematically use this same word in presentations at professional conferences, to underline the convergence of interests between volunteers and employees collaborating on projects.

Companies that publish code on GitHub also stress the ‘community governance’ of their projects, as anyone can submit a change for approval by the original author — allowing commercial companies to retain final say, while creating the illusion of horizontality. The same vision of ‘a united community’ also recurs in articles in the trade press about co-production between commercial companies and volunteer projects.

Such a convergence is no coincidence. This Orwellian inversion of the positive meaning of terms such as ‘community’, ‘collaboration’ and ‘openness’ is characteristic of surveillance capitalism. In reality, the interests of communities of volunteers and predatory corporations only coincide to the extent that the former are increasingly subject to digital predation by the latter. For example, the Big Five capture research co-produced with academia: between 2014 and 2019, 78.3% of Microsoft’s 17,405 employee publications were co-authored with academic researchers; in the same period, the company secured 76,109 patents, of which only 0.2% were shared.

Another technique is for companies to extend R&D opportunities to young developers; then, when these creators present their innovations, the company cuts them loose and creates its own version. Google ATAP and X Labs, the R&D divisions of Google’s parent company Alphabet, have made this their speciality, but Facebook does it too.

Why have copyleft licences such as the GPL failed to protect the open-source world from Big Tech predation? Partly because Google took them over and torpedoed them. Google built its domination by using the Linux kernel as the basis of the Android operating system for smartphones. But the public licence obliged Google to publish the source code of its modifications to this free software, so Google developed its own operating system, Fuchsia, which is not subject to a copyleft licence.

The GPL has also suffered from the development of cloud computing: the storage and processing of data on remote servers rather than on users’ devices. Most copyleft licences, including the GPL, only guarantee access to, modification of, and redistribution of the source code of software if it is distributed to users — in other words, transferred and installed on their devices. But they do not apply when the software runs on Big Tech’s servers because the software is not downloaded, but used remotely.

The FOSS world tried to create effective copyleft licences against ‘cloudification’ (with, for example, the Affero General Public Licence), but Google fought it tooth and nail. Had it been adopted by many players, this licence would have forced Google and others to share the source code of software running on their servers, even for users accessing the software remotely. As a result, Google has simply banned its use in its products.

Divisions within the industry

Not all tech companies share this attitude to open-source software. Analysing presentations by tech employees at three major open-source conferences reveals a clear division between large groups such as the Big Five and smaller companies. In contrast to Big Tech’s economic model and community claims, the smaller players have a critical vision more focused on the sustainability of projects. Their employees stress the importance of licences and respect for FOSS principles, while Big Five employees just keep saying these issues are no longer of interest to most contributors.

Sharing and transparency are two founding values of free and open-source software. Big Tech devotes so much time and resources to nourishing the illusion that it belongs to the voluntary collaborative universe because it knows its position is morally untenable. To fight it, it’s vital to reiterate that the founding principles of open-source software are being systematically and cynically flouted by these companies. But who needs to hear this criticism? The public? Developers?

People care little about the principles of FOSS software, but are sensitive to issues of privacy and surveillance. Given the scandals that have tainted the reputation of the Big Five, ordinary users could gradually adopt decentralised platforms and services from the open-source world, such as the ‘archipelisation’ proposed by the Framasoft association to create partnerships between different kinds of structures, the Matrix open standard for secure and decentralised real-time communication, and Nextcloud, a file-hosting and collaboration solution with an open architecture. However, realism demands we recognise that these solutions, despite occasional successes, cannot compete with the almost infinite range of the Big Five’s services, particularly when it comes to cultural content.

The battle has never been evenly matched, and the employment status of some open-source developers in large companies and the dominant discourse that defines innovation solely in terms of private investment and startups, are crippling the resistance. FOSS communities have traditionally formed as collective entities in response to attempts to appropriate programs.

The situation calls for a broad debate within these communities. When Oracle acquired Sun Microsystems in 2010, the deal threatened some of the open-source projects Sun supported, and community members decided to build an alternative open-source version of the MySQL database management system, which they renamed MariaDB. Removing from appropriation the entire digital infrastructure of the Internet, built on open-source software (such as Linux, Kubernetes, and more generally the entire software stack on which commercial clouds are built), and from their search engines, social media and other service platforms for businesses and ordinary users, is inconceivable without public support.

In contrast to both firm and community culture, what’s now needed is the connection of FOSS and the state. In a context of increasing automation and unemployment, there are urgent questions about the recognition of voluntary contributions and the relationship between the cooperative, state and private sectors.

For example, the Appalled Economists (an anti-neoliberal association) and the late French philosopher Bernard Stiegler have proposed variants of ‘social drawing rights’, which would allow those who contribute to the commons to accumulate access rights to social services. But can the FOSS software community form itself into a political entity that reflects not just on software, but on society as a whole? Can it challenge productivist orthodoxies and the infinite development of computing power? Everything in the past suggests not. But if it is to succeed, it must.

Mathieu O’Neil is associate professor of Communication at the University of Canberra’s News & Media Research Centre and the founder of a new thinktank, the Digital Commons Policy Council; Laure Muselli is associate professor of Information Systems Management, Télécom Paris; Fred Pailler is a sociologist at the Luxembourg Centre for Contemporary and Digital History; and Stefano Zacchiroli is professor of computer science at Télécom Paris and member of the Digital Commons Policy Council.