Reality can be worse than we think

Unconsciousness is lived like in Noah’s time. As no one knows when or how the “flood” will come, everyone is in business as usual, yearning for a return to the old normality, exactly the one that is producing the global tragedy of the coronavirus. 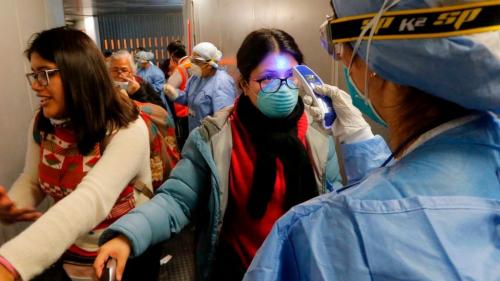 We are living through dramatic moments in human history. We spent the last 10,000 years, the Holocene era, with relative calm, with an average climate of 15 degrees Celsius. Everything began to change with the industrial and energy revolution in the 18th century. The concentration of CO2, the main responsible for climatic disturbances, began to skyrocket.

In 1950 it reached 300 ppm, in 2015 it exceeded 400 ppm and is currently approaching 420 ppm. Experts say that the level of CO2 in the atmosphere, increased by the entry of methane with the thawing of the polar ice caps and permafrost (icy regions that go from Canada to the ends of Siberia), being 80 times more harmful than CO2, is already the biggest, at least, of the last 3 million years.

It is seriously feared that pests frozen for thousands of years, once thawed, can affect our immune system that would not be immune to them, decimating many lives. Warming continues to increase, causing sea level rise, acidification of ocean waters, erosion of biodiversity, air and soil contamination, deforestation, the occurrence of extreme events and the intrusion of a wide range of harmful viruses to human life, like Covid-19.

The last COP26 in Glasgow in 2021 raised the alarm: if we do nothing from now on, we will slowly reach 2030 at 1.5 degrees Celsius or more. Then there would be major socio-ecological catastrophes. There is talk of a “planetary emergency” and even an “ecological Armageddon” that would devastate much of life as we know it. It would be a consequence of the new geological era of the Anthropocene, perhaps, of the Necrocene itself. Who cares about this worrying and ominous scenario? Almost nobody.

Unconsciousness is lived like in Noah’s time. As no one knows when or how the “flood” will come, everyone is in business as usual, yearning for a return to the old normality, exactly the one that is producing the global tragedy of the coronavirus. Even more serious is the realization that there is no collective will, either in the heads of state or in world society, to warn of the serious consequences for our lives, for the life of nature and for the destiny of our civilization.

The climate issue does not enter the radar of public policies or in the last places. However, we believe that, in a few years, it will be the issue of issues, when, due to the excess of heat, large regions will become uninhabitable, crops will be frustrated and millions of climatic and hungry migrants will jeopardize the stability of nations. Few are the prophets who cry out in the desert being considered apocalyptic and knights of the sad news.

But those who have overcome this blindness feel the ethical and moral duty to awaken consciences and prepare humanity for the worst. Because of the irresponsibility of the CEOs of large corporations, the inertia of the heads of state, the neglect of society, the various knowledges and movements (with the exception of some such as Greenpeace, the MST, Greta Thunberg and others) in raising a collective conscience, we may know a reality worse than we imagine.

The events that we are suffering worldwide with the coronavirus, the great floods in Bahia, Minas Gerais, Tocantins, alongside the severe droughts in the south of the country, not to mention the extreme events in the USA, Europe and the Asian tsunami, could pull us out of alienation and show us, really, that the future that awaits us could be worse than we thought. Do we have a chance to delay the end of the world, in the expression of indigenous leadership, Ailton Krenak?

We can. Let’s do a mental exercise about our time within the great cosmogenic process. If we reduce the age of the universe (13.7 billion years) to one year, the first singularity, the Big Bang, would have occurred on January 1st. Life only on October 2nd. Homo sapiens, our ancestor, on December 31 at 11:53 am. Our documented history, in the last ten seconds before midnight. It is us? In a fraction of a second before midnight (Calculations by physicist and cosmologist Brian Swimme).

We are almost nothing. However, it is through us that the Earth becomes aware and with our eyes sees the entire universe. Consider the coronavirus: so tiny that it is invisible to the naked eye: and what havoc it is doing to humanity. Similarly we are: we are almost a zero in the face of the Infinite. But we carry the consciousness and intelligence of the Whole that is made known to us.

Surely, no matter how irresponsible we are, we are important to the known universe and we believe that we will not disappear from the face of the Earth. We will live and billiard. For this, two things are urgent: the first, to create a deep affective bond with nature and the Earth. Love them and take care of them. Second, we need to live in intimate communion with them. Communion is more than a fundamental theological concept. It is a fact of the deepest reality: everything is in communion with everything because everyone is inter-retro-related. Internalizing this communion, we can feel like brothers and sisters of all things in the style of Saint Francis of Assisi.

And so we will behave. This behavior is required of us now. It will be able to save life and also save us all: affection and communion.

- Leonardo Boff wrote Inhabiting the Earth: which way to universal fraternity, Voices, 2022; Caring for the Earth-saving life: how to escape the end of the world, Record 2010.