The US will attempt to push its agenda on the multilateral order (NATO) and continue to face resistance from the Eastern bloc. The opposite side has the means to resist. 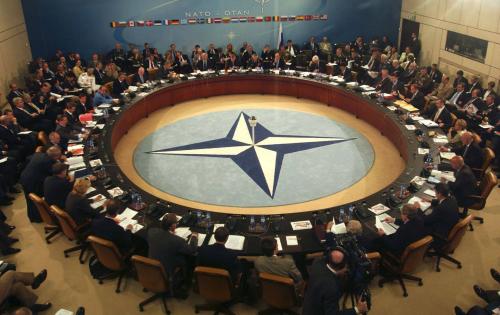 The war in Ukraine has made evident that the old US-led unipolar world order is dead, and a new one is in the making. Kissinger said, "Far too often the Ukrainian issue is posed as a showdown: whether Ukraine joins the East or the West. But if Ukraine is to survive and thrive, it must not be either side’s outpost against the other — it should function as a bridge between them.” There are three ways of understanding the Ukrainian war. One is the recovery of Ukraine by Russia after thirty years of independence to prevent Nato and the US from stepping in. A second one is a fight for a larger slice of the European energy market, split between Russia, the US and the Middle East. The third is a redefinition of multilateralism from unipolar to bipolar.

Russia has a strong partner in China, with an important trade relationship and the leading export market, a massive 4,209.3 kilometres border and a fellow co-founding member of the Shanghai Cooperation Organisation (SCO), a political, economic, and security alliance of Asian countries created in 2001. The Shanghai Cooperation Organisation (SCO) was proclaimed on Jun. 15, 2001, in Shanghai (China) by the Republic of Kazakhstan, the People's Republic of China, the Kyrgyz Republic, the Russian Federation, the Republic of Tajikistan and the Republic of Uzbekistan. It includes India, and Pakistan; four observer countries — Afghanistan, Belarus, Iran and Mongolia —and six dialogue partner countries — Azerbaijan, Armenia, Cambodia, Nepal, Turkey and Sri Lanka —. According to SCO, the Executive Committee of the Regional Anti-Terrorist Structure (RATS) is the permanent body of the SCO RATS based in Tashkent, the capital of Uzbekistan. It operates following the SCO Charter, the Shanghai Convention on Combating Terrorism, Separatism and Extremism, and the Agreement among the SCO member states on the Regional Anti-Terrorist Structure. (http://eng.sectsco.org/docs/about/faq.html) SCO member countries represent a part of the East in China's new multilateral bipolar world. The West could define itself partially as NATO member countries led by the US. (https://www.nato.int/cps/en/natohq/nato_countries.htm).

Eastern European countries have begun to slide into NATO and take a western stance while bordering Russia. Moscow objects to this, and the Ukraine war is an extreme reaction. Previously, a conflict in Georgia in 2008 ended their wish for membership in NATO in a few days.

A US-backed UN security council resolution on Ukraine on Feb. 25 2022, to veto Russia's intervention failed because the Russian Federation rejected it. China, India, and the United Arab Emirates abstained. Essentially the East voted against a US-led western resolution. The failed resolution can be understood in an East-West light.

Other East-West components are the Belt and Road Initiative with the help of the Asian Infrastructure Investment Bank, which finances infrastructure projects and replaces western resources in this field. The new emerging trade pattern with China as the new leading trading partner of many countries in South America, Africa, and Europe and their new role as technology providers. China sits on the chair of the UN’s International Telecommunications Union when Huawei 5G projects sell around the world. It is much to the US's resentment and loss of face because they lost the 5G technology game by US firms not reaching the market on time in 2018 to compete. As China, via Huawei projects, sells 5G technology worldwide, the US reacts and attempts to block its use without ITU support. Latin America is the space at stake, and the US is not winning the 5G game.

As recently as 2020, the US wished to withdraw from NATO and assert a unilateral world policy. (See Negrete, “Post-pandemic multilateralism? or America alone", OBELA, Sept. 17, 2020) The then US President ignored the economic and financial multilateral institutions made to support Pax Americana and sabotaged the WTO. It withdrew the US from the WHO, 2020, UNESCO, 2018, the Paris Agreement, 2020 and the UN Human Rights Commission, 2018, to later return in some cases. The US is the primary source of UN funding and does not pay its dues on time, being increasingly replaced by China, with a lesser contribution but paid on time. The US wants to go for it alone with no Foreign State Policy (Política exterior de Estado, politique étrangère d'Etat), leaving Ukraine's future uncertain. The US will attempt to push its agenda on the multilateral order (NATO) and continue to face resistance from the Eastern bloc. The opposite side has the means to resist, with the support of China, SCO countries and other Asian nations. The failed UN resolution is an example.

Henry Kissinger wrote in 2014 in the Washington Post, “The West must understand that…Russian history began in what was called Kievan-Rus…Internationally, [Ukraine] should pursue a posture comparable to Finland's. That nation leaves no doubt about its fierce independence and cooperates with the West in most fields but carefully avoids institutional hostility toward Russia." That should settle an East-West divide. It will not be soon, however.