State-owned companies have record profit while collaborating with the rise in inflation and interest rate. 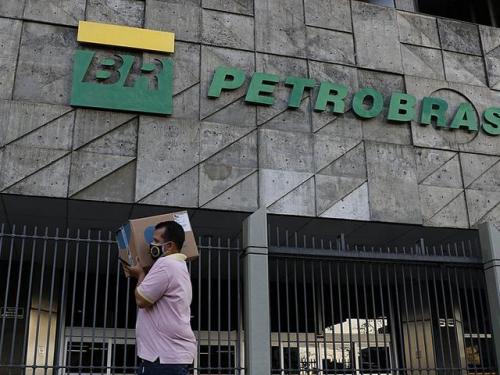 The year 2021 was a year of record profits for the Brazilian big state companies. Of the five biggest companies controlled by the government, namely Petrobras, Eletrobras, Banco do Brasil, Caixa Econômica, and Brazil’s National Bank for Economic and Social Development (also known as BNDES, in Portuguese), at least three of them – Petrobras, Banco do Brasil, and BNDES – had the best accounting results of their history last year.

Petrobras alone profited with more than 106 billion reais (about U$52 billion), 1.400% more than in 2020. The gain was motivated mainly by the rise in oil price in the international market plus the fact the cost was passed on to the price of fuel sold in Brazil.

However, the company's behavior had side effects for the Brazilian economy: it raised the gas price by 46% during 2021 and contributed to inflation reaching more than 10% at the end of last year, something that had not occurred since 2015.

On March 10, Petrobras announced a new adjustment in fuel prices, the biggest in more than a year. The news caused lines to form in gas stations, generated complaints from truck drivers, and raised a question: is it worth having such a profitable state company and, at the same time, paying for such expensive gasoline?

To the economists Brasil de Fato heard, the answer is no.

“The profit is increasing at the cost of the population”, stated Eric Gil Dantas, from Petrobras Social Observatory. “When one talks about fuel, one is not just talking about that guy who has a Land Rover. It's about workers who can’t work (app drivers, for instance) and many other indirect effects”, he explains.

To Dantas and other economists, because Petrobras is a state-owned company, it must also fulfill a social role. In its case, the company needs to work so that Brazilians has oil derivatives in times of crisis, such as the one created with the war between Russia and Ukraine.

However, it hasn’t been done. Since 2006, when the company adopted a new pricing policy for the sake of profitability, it reduced investments in refineries and sold fuel production plants, which increased the country’s dependence on gas and diesel imports, making Brazil vulnerable. The cost of this vulnerability became evident with the war and the skyrocketing of oil price.

“A state company has a dual nature. As a company, it must profit. However, it also must be part of the national sovereignty process”, highlights William Nozaki, professor of the School of Sociology and Politics of São Paulo (Fespsp, in Portuguese). “In Petrobras, there is an imbalance between these two scale pans”, he adds.

According to Nozaki, Petrobras wasn’t the only company that reduced efforts to fulfill its social role. Other state companies did too, even as they had record profits over the past year.

Banco do Brasil, also known in the country as BB, obtained a record profit of 21 billion reais (U$4,76 billion) during 2021. This significant result is almost as good as the results obtained by Itaú and Bradesco, which profited 26 billion reais each (about U$5,3 billion), their best account year ever.

According to Simone Deos, professor of the University of Campinas Institute of Economics, the high profit of the banking sector is connected, among other things, to the rise in the basic interest rate of the Brazilian economy, or Selic.

Trying to contain the inflation, the Central Bank Monetary Policy Committee raised the rate from 2% per year to 9.75% per year in 2021, increasing the interest on loans granted by financial institutions and, consequently, increasing their profits.

Deos said that to pass on the costs with credit to consumers is commonplace in Brazil’s banking sector. However, Banco do Brasil is a state bank: more than 50% of its shares are under the State. To the economy professor, it should act differently, since it isn’t good for the country’s economy that BB behaves like Itaú.

“BB is an institution with the majority of its capital in the hands of the State”, he explained. “It makes no sense that the bank operates against the country’s national economy to obtain extraordinary profits”, he defended.

Also in December 2021, the private bank Safra charged an interest rate of 5.9% on its personal loans, that is, lower than those of BB.

Brazil’s National Bank for Economic and Social Development, also known by the acronym BNDES, recorded an unprecedented profit last year. It was 34,1 billion reais (about U$6,4 billion), 65% higher than 2021.

Caixa Econômica Federal, in turn, profited 17.3 billion reais (U$ 3,5 billion), which is not the bank's best financial result. However, considering the period from 2019 to 2021, Caixa had its highest accumulated profit in three years: 51 billion reais (U$10,38 billion).

The period coincides with the beginning of Jair Bolsonaro’s government (Liberal Party). Under new administration, the bank stopped operating the Minha Casa Minha Vida program (in a rough translation, “My house, my life”), which ended in January 2021 and had provided subsidized financing for the purchase of affordable housing.

Also under Bolsonaro's rule, BNDES stopped granting subsidized loans to companies to contribute to the country's growth. The measure increased their profitability.

According to professor Nozaki, the moves of both banks point out that they reduced their role as agents of public policies, giving space to a vision focused strictly on business.

Nozaki stated that the reduction in the social role of state and public companies during Bolsonaro’s term is a government policy. In line with liberal views on the economy, the Bolsonaro government has celebrated the profit of state-owned companies as if they were the main measure to evaluate the companies’ administration – they are not.

Economist Luiz Gonzaga Beluzzo says this is a monetary and limited vision on state issues.

He acknowledges, however, that because they are companies, it makes sense they profit. Beluzzo highlighted that profit is essential to these companies in order to have the resources to invest.

But it happened to be that, to Beluzzo, the main objective of a state-owned company is to foment the growth of the national economy. It happened in Brazil successfully mainly from 1930 to 1980, he explains. Today, that role is almost forgotten.

Nevertheless, Beluzzo stressed that the limited view of the role of state companies is convenient for one of the objectives of this government: selling them.

“What we have is an attempt to prepare these companies for privatization. In Petrobras, the fury to present profits and take the dividends has to do with attracting private investors, just as [what is happening with] Eletrobras.

In the case of Eletrobras, the privatization process is already taking place. A law authorizing the sale of the company's controlling interest has already been sanctioned by Bolsonaro. The Federal Audit Court (TCU) and the state-owned company's shareholders' meeting have already approved the sale.

Eletrobras has not yet announced the result reached last year. Until September, however, all the company’s trimestral results pointed to a significant rise in its net profit compared to 2020 numbers.

In a year of water scarcity, the electricity bill increased by more than 21% during 2021, according to the Brazilian Institute of Geography and Statistics (IBGE, in Portuguese). Considered a universal raw material, as well as fuel, electricity also played a major role in last year's inflation.

Petrobras informed that, in 2021, the company transferred approximately 230 billion reais (U$46,83 billion) to the Brazilian society in dividends to the federal government and taxes to federal, state, and city governments. “The more resources the company generates, the more it gives back to society”, it declared.

However, the company didn’t comment on its pricing policy or questions about the fulfillment of its social role.

After announcing a gas and diesel adjustment this month, president Bolsonaro himself, responsible for choosing the company’s president, criticized Petrobras. “Petrobras shows it has no feelings for the population. It’s Petrobras Soccer Club [to say the company has itself as first and last priority], and nothing else matters.

Banco do Brasil informed that, although having the government as majority shareholder, it is a “market bank” and “operates in a highly competitive sector on a par with other private banks”.

According to the bank, its profits were given to the State as dividends or other remuneration. In 2021, all this amounted to 3.9 billion reais. In addition to this amount, the bank collected 12.7 billion reais in federal, state, and city taxes.

On the rise in the interest rate charged by the bank in 2021, BB said it was a “competitive” bank and stressed that it contributed to “Brazil’s economic growth and improvement of Brazilians quality of life”.

The bank stressed that it eliminated the policy of granting subsidized credit to large companies because it resulted in “side effects that go far beyond the worsening of public accounts or reputational issues”. Even so, BNDES highlighted that it is one of the largest development banks in the world and, today, the main instrument of the federal government for long-term financing and investment in all sectors of the Brazilian economy.

“To support the fight against the [covid-19] pandemic and its effects on the economy, the bank was responsible for injecting more than 200 billion reais in resources for society, of which 92 billion reais to thousands of small and medium-sized Brazilian companies”, said the bank about its performance.

Caixa Econômica Federal didn't declare anything on the matter.

Eletrobras also didn’t talk on the matter because it was in a “silence period” since the disclosure of its annual balance took place on March 18.

The ministry declined to comment on the social role of state-owned companies.