Against all odds, workers win first Amazon union in US 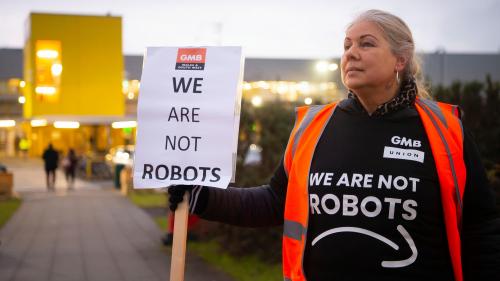 On April 1, Amazon workers could be seen celebrating and embracing amongst shouts of “ALU!” in front of the JFK8 warehouse in Staten Island, New York City. These workers had just won the first union at Amazon in the US: the Amazon Labor Union (ALU).

The union has been fighting to organize workers in the Staten Island warehouse since April 2021. After a year battling vicious union-busting on the part of Amazon and gathering support of agitated workers, union organizers won their union election with a ​​2,654–2,131 vote. 67 ballots remain contested.

The union organizers themselves are current or former Amazon workers. The nascent Amazon Labor Union, self-described as an “independent, democratic labor union”, is not formally part of any established union. However, established unions have provided ALU with significant support in the form of office space, lawyers, and advisors according to ALU’s website.

ALU’s organizing efforts in Staten Island have been described as “unorthodox”, with a young, Black, Latino and working class union leadership that far better represents the demographics of actual Amazon workers than former CEO and executive chairman Jeff Bezos, one of the richest people in the world.

In 2020, Amazon executives including Bezos attended a meeting in which Amazon General Counsel David Zapolsky described Black organizer Chris Smalls, then recently fired from the warehouse for staging a protest against Amazon’s lack of COVID-19 protections, as “not smart, or articulate”. Executives seemingly believed Smalls’ leadership would discredit worker organizing, to Amazon’s benefit. Instead, Smalls has led ALU’s successful organizing drive as its interim president.

The City reported the scene from the bus stop outside of the warehouse where ALU has dedicated much of its organizing efforts. There is a shrine to a warehouse worker killed by a driver when she was crossing the street during a midnight lunch break, a testament to Amazon’s precarious conditions. The bus stop is surrounded by evidence of Amazon’s notorious union-busting efforts: a barbed-wire topped fence that came up after Smalls’ protest against lack of COVID-19 protections, and scaffolding that obstructs the view of bus stop organizing from workers at the warehouse. ALU has decorated both of these obstructions with the union’s initials and ribbons.

In 2021, Amazon spent $4.2 million on union-busting consultants, hired to persuade workers to not join the union. ALU crushed Amazon’s union-busting efforts with less than $100,000 according to Chris Smalls, soliciting donations from a Gofundme page. Amazon forced workers into captive-audience meetings in which hired consultants called ALU organizers “thugs”. One of the union’s demands is that Amazon allow organizers into these meetings to tell workers their side of the story. As described in the union’s website, “when ALU president Chris Smalls came onsite to give out food and answer questions, General Manager Felipe Santos had him and two of our coworkers arrested by the police.”

The ALU has a comprehensive list of demands of Amazon. These include a $30/hour minimum wage to account for New York City’s enormous living costs, a pension, childcare, a free shuttle to and from the warehouse, and a fair and transparent promotion system. One important demand is that Amazon “Shut the [warehouse] down with pay during extreme weather events”, especially important considering the six Amazon workers who died in a warehouse in Illinois after Amazon refused to shut down operations despite tornado warnings. The ALU allows for workers to vote and change demands consistently, adding further demands depending on worker feedback.

The next step after winning this union election is for Amazon workers to fight for their first contract. After the worker’s victory, ALU president Chris Smalls said, “This is the catalyst for revolution.”