We find it unconscionable, especially during a pandemic, to intentionally block remittances and Cuba’s use of global financial institutions, given that access to dollars is necessary for the importation of food and medicine. 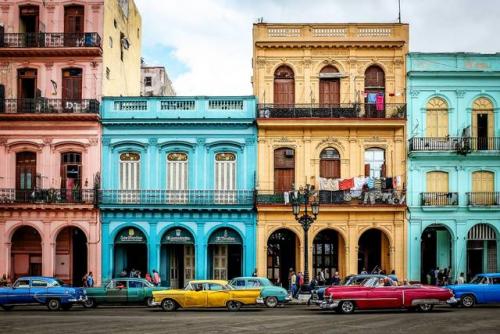 An urgent, public appeal to President Biden, signed by more than 400 former heads of state, politicians, prominent intellectuals, scientists, clerics, artists, musicians, leaders, and activists from around the world, calls on the White House to immediately suspend the 243 unilateral and additional sanctions that are impeding Cuba's efforts to control the pandemic and save the lives of people living in Cuba.  Signatories include actors Jane Fonda, Susan Sarandon, Danny Glover and Mark Ruffalo, former presidents Lula da Silva (Brazil) and Rafael Correa (Ecuador), intellectuals Roxanne Dunbar-Ortiz, Judith Butler and Cornel West.  The letter will appear in Friday's edition of The New York Times.

It is time to take a new path forward in U.S.-Cuban relations. We, the undersigned, are making this urgent, public appeal to you to reject the cruel policies put into place by the Trump White House that have created so much suffering among the Cuban people.

Cuba – a country of eleven million people – is living through a difficult crisis due to the growing scarcity of food and medicine. Recent protests have drawn the world’s attention to this. While the Covid-19 pandemic has proven challenging for all countries, it has been even more so for a small island under the heavy weight of an economic embargo.

We find it unconscionable, especially during a pandemic, to intentionally block remittances and Cuba’s use of global financial institutions, given that access to dollars is necessary for the importation of food and medicine.

As the pandemic struck the island, its people – and their government – lost billions in revenue from international tourism that would normally go to their public health care system, food distribution and economic relief.

During the pandemic, Donald Trump’s administration tightened the embargo, pushed aside the Obama opening, and put in place 243 “coercive measures” that have intentionally throttled life on the island and created more suffering.

The prohibition on remittances and the end of direct commercial flights between the U.S. and Cuba are impediments to the wellbeing of a majority of Cuban families.

“We stand with the Cuban people,” you wrote on July 12. If that is the case, we ask you to immediately sign an executive order and annul Trump’s 243 “coercive measures.”

There is no reason to maintain the Cold War politics that required the U.S. to treat Cuba as an existential enemy rather than a neighbor. Instead of maintaining the path set by Trump in his efforts to undo President Obama’s opening to Cuba, we call on you to move forward. Resume the opening and begin the process of ending the embargo. Ending the severe shortages in food and medicine must be the top priority.

On 23 June, most of the member states of the United Nations voted to ask the U.S. to end the embargo. For the past 30 years this has been the consistent position of a majority of member states. In addition, seven UN Special Rapporteurs wrote a letter to the U.S. government in April 2020 regarding the sanctions on Cuba. “In the pandemic emergency,” they wrote, “the lack of will of the U.S. government to suspend sanctions may lead to a higher risk of suffering in Cuba.”

We ask you to end the Trump “coercive measures” and return to the Obama opening or, even better, begin the process of ending the embargo and fully normalizing relations between the United States and Cuba.