Decoloniality and sense of the production of social knowledge

There is an open criticism towards the social sciences with an extractive character, which only see in the subjects "means" to obtain information that is "useful" to the production of knowledge. 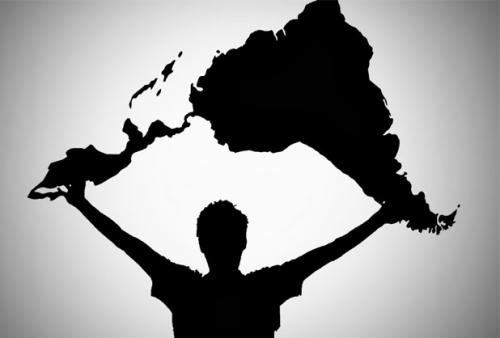 For several years, decolonial proposals have been developed that, from different disciplines and conceptual articulations in different parts of the world, have investigated in the present and past diverse social orders in different countries and regions under dynamics of exploitation, and characterized by linked power relations and heirs of the colonial systems of power and domination (mainly European).

Within this broad universe, some of the groups of academics and university scholars who have worked on decoloniality, although they have achieved an analytical and conceptual depth in the approach to coloniality and power in the production of subalternized contexts and subjects, have had very little impact of their work outside the university cloisters and texts, and have remained strongly anchored in the "ivory tower" of certain academies (from the South and especially from the global North).

However, there are also other groups with other perspectives that, while still having one foot in the academy, have also engaged in the confrontation and criticism of concrete / contextualized colonial and postcolonial power relations, and have done this through accompaniment of various social subjects in subordinate relationships with different groups and institutions of political and economic power in different countries and regions.

Such is the case of the work Decolonizing ethnography: undocumented immigrants and new directions in social science of 2019 and its authors Carolina Alonso Bejarano, Lucía López Juárez, Mirian Mijangos García and Daniel Goldstein. This work suggests a series of very interesting lines and reflections for thinking and exercising decoloniality politically.

In memory of Cristóbal Castillo, who, from his teaching work and his particular way of seeing life, made of education and knowledge processes of social change to make this world a more inclusive place….